At age 37, April was diagnosed with stage 3 breast cancer. She endured 16 rounds of chemotherapy and 30 rounds of radiation, as well as a mastectomy. Her life centered on her two young daughters and the hair salon she ran and owned. The cancer and its treatment were devastating enough, but matters got worse when she had to give up her work at the salon because of symptoms and side effects.

“Being a hairdresser was always something I wanted to be even as a kid. I was the girl putting curlers in my cat’s hair for practice. Not being able to work was really hard,” says April.

Her cancer doctor recognized that April could use an extra layer of support to deal with nausea and hot flashes, pain that made standing difficult for more than a few seconds at a time, and the emotional toll it was taking on her. The doctor referred April to a medical specialty to help her address these symptoms. The ultimate goal was to get her back to the job she loved.

This is April’s Palliative Care Story.

What is Palliative Care?

Palliative care is specialized medical care for people living with a serious illness. This type of care focuses on providing relief from the symptoms and stress of the illness. The goal is to improve quality of life for both the patient and the family. Palliative care is provided by a specially trained team of doctors, nurses and other specialists who work together with a patient’s other doctors to provide an extra layer of support. It is appropriate at any age and at any stage in a serious illness, and it can be provided along with curative treatment.

April’s palliative care team started by getting an understanding of everything April was dealing with. In their initial conversations, she opened up about how the nausea and hot flashes were keeping her up at night. The team’s doctors and nurses discussed changes in April’s medicines with her cancer doctor, and together, they found the right balance to help reduce those symptoms.

The palliative care team also helped April manage the pain that occurred from the chemotherapy and radiation treatments, as well as from the surgery. In addition, the team taught April breathing techniques to help her deal with anxiety. This combination of approaches helped April relax and get much needed sleep.

“Because of the help I received from the palliative care team, I started to feel like my old self again,” says April.

April has a large extended family who have been very supportive throughout her cancer journey. Her hair salon clients and other community members pitched in to help alleviate the financial burden caused by not being able to work. Even with all of this support, April struggled daily with her “new normal”. Jacqui, the palliative care team’s social worker, supported April with coping techniques, allowing her to discuss frustrations at not being as active as she once was, and encouraging her to set goals to reach throughout the treatment process. April’s biggest goal was to return to her hair salon.

“April likes to say that palliative care helped her with these stress and anxiety issues. But she did the real work on her own,” describes Jacqui. “From day one, she was open to making improvements in any way she could. That made all the difference.”

With the pain and stress under control, April returned to work.

“Just being back here around my clients and friends is a feeling I can’t describe,” says April.

Now on the road to recovery, April continues to see palliative care to help her deal with lingering symptoms and an uncertain road ahead. She spends more time with her children and feels empowered by what she’s been able to overcome. April is also focusing her attention on raising awareness of palliative care for other people facing serious illnesses.

“Palliative care has been there for me during the most difficult time in my life. I’m grateful that I was open to meeting and getting to know this wonderful team,” says April.

Click here to learn more about how palliative care can help someone living with cancer. Or, to find out how you or a loved one can benefit from palliative care, regardless of the illness, visit GetPalliativeCare.org/rightforyou. 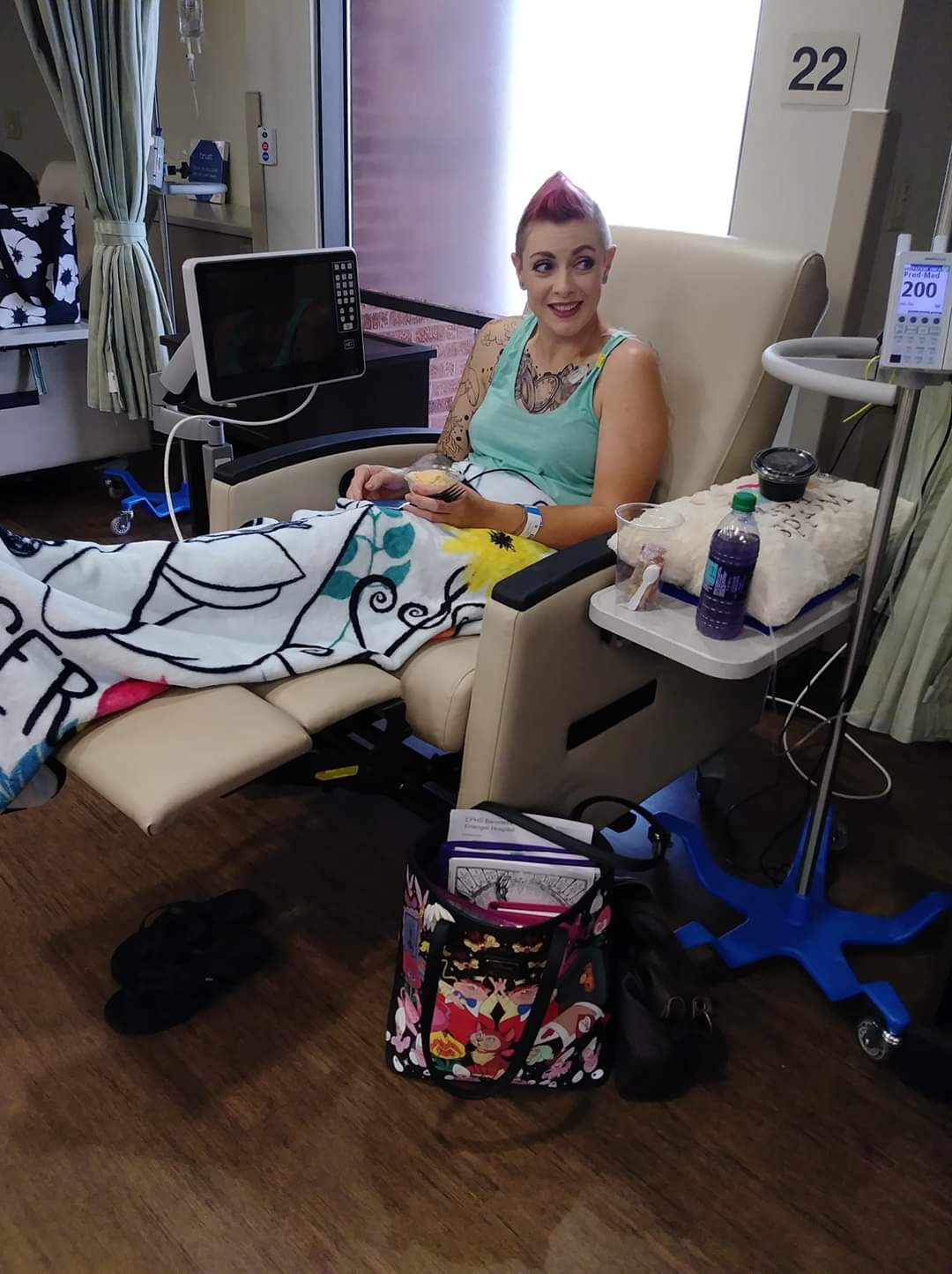