For 50 years—three years of courtship and 47 years of marriage—Barbara and Laren of Atlanta have always struck the perfect balance. Barbara, the retired nurse and eternal optimist, is a bubbly dreamer who loves spending her free time in her garden so she can “hold mother nature’s hand.” Laren, the scientist and down-to-earth realist, is guided by practicality and a strict adherence to facts and numbers. Yet ever since the two met riding bikes while in college, they’ve been inseparable.

“We are very different people but it’s always just worked for us,” says Barbara. “Laren is the calm and patient one,” she adds through laughter.

Barbara has always been her family’s rock. While raising four highly-accomplished children or helping Laren deal with the struggles of his heart condition, Barbara has always been there standing strong. But more than two years ago, Barbara was diagnosed with pancreatic cancer, and seemingly out of nowhere, the couple’s lives flipped upside down.

“Barbara was always the one who took care of us and held us together. Now suddenly things are reversed. That’s not easy,” says Laren.

Dealing with the Diagnosis

For two years before her diagnosis, Barbara was the primary caregiver for her mother who was declining due to dementia. After her mother passed away, Barbara and Laren planned to travel and enjoy quality time together. But just a week after her mother’s funeral, Barbara was in the intensive care unit with symptoms of fatigue and stomach pain.

“At first we just chalked it up to the physical work she did helping her mother with every task and the grief that followed her mom’s passing,” says Laren. However, test results showed metastatic pancreatic cancer that had already spread to her liver.

Barbara was shocked and worried.

“I had done everything right in my life. I didn’t drink or smoke. I ate the right things. It was just so disheartening and I was worried about what this might do to my family,” said Barbara.

Laren’s reaction was different. He felt angry and hopeless.

“I did the research as I always do,” says Laren. “The prognosis for this type of cancer and situation is not a positive one when you look at the numbers.”

Treatment options were quickly presented by Barbara’s oncologist, but several symptoms needed to be addressed right away. Barbara was struggling with severe pain, as well as stress and anxiety surrounding making decisions about the cancer treatment. Additionally, Laren needed support to learn how to be the best caregiver he could for his wife. Fortunately, Barbara’s oncologist referred them to palliative care.

Palliative care (pronounced pal-lee-uh-tiv) is specialized medical care for people with serious illness. This type of care is focused on providing relief from the symptoms and stress of a serious illness. The goal is to improve quality of life for both the patient and the family.

After several months of having her cancer treated by her oncologist, Barbara and Laren met their palliative care team for the first time. Barbara was now dealing with symptoms from the chemotherapy and Laren was feeling overwhelmed in his new role as the caregiver.

“We admit we were both a bit nervous and didn’t know what to expect, but from the very first meeting, we knew we had found the additional support we needed,” says Laren.

Barbara, Laren, as well as their adult children (in their 30s and 40s), attended that first meeting, rallying together for the woman who always rallied for them.

“My family decided to take this on as a team,” says Barbara. “They dubbed us ‘team badass’ because we were going to stay strong together.”

Barbara and Laren’s palliative care team is led by Dr. Anna Skold. She and a full team of nurses, social workers, chaplains and other specialists help Barbara and Laren deal with the many struggles of the illness. They treat the symptoms, help the family understand treatment options, coordinate care with other specialists, and help them move forward with confidence.

Read: Five things you can expect from your first palliative care meeting

For example, Barbara felt too fatigued to help around the house, even to do something as simple as put clothes in the washing machine.

“The goal of symptom management is to get the patient back to doing what they love,” says Dr. Skold. “In order to do that, you have to listen to the patient and learn what is bothering them but also what their goals are.”

Barbara mentioned to Dr. Skold that she heard some adults with serious illnesses had tried a particular medicine to get them active again. After doing some research, Dr. Skold started Barbara on a small dosage of the medicine, and it worked for her.

“It was just so wonderful to be heard and then have something that helped me even just a little bit,” says Barbara.

Barbara says that managing these symptoms helped start to turn the tide for her well-being and outlook.

“You have to have purpose in life and without doing small things like cooking, playing in the garden, or bringing Laren his coffee in the morning, I had felt lost. With palliative care, I started to find those small things again,” says Barbara.

With the palliative care team’s social worker, Barbara and Laren talk about their struggles and anxieties. For Barbara, always the selfless caretaker, learning how to say no to others so she can focus on herself is something she has to keep working on. For Laren, who never misses a palliative care appointment, learning how he can help Barbara on a daily basis has been helpful.

“I don’t mind helping one bit. I don’t think twice about it,” says Laren. “This is a woman who has done everything for me my entire life and now it’s time to give back.”

When people are ill, they may have to change the way they do routine things like eating, walking, or going to the bathroom. Palliative care specialists provide caregivers with methods to better assist their loved ones in these tasks. For example, knowing how to help bathe or dress your loved one without causing physical pain can be important. And, learning which foods will cause your loved one discomfort will give you assurance in knowing that you are preparing the right meals. Other tools such as how to best massage painful areas or how to properly comb hair will give you a way to alleviate their stress and give you more confidence in your role.

For Laren, palliative care has given him a direction forward as well as constant guidance when he needs a question answered.

“For me, these tools have been extremely helpful. I now feel confident about supporting Barbara any way I can.” 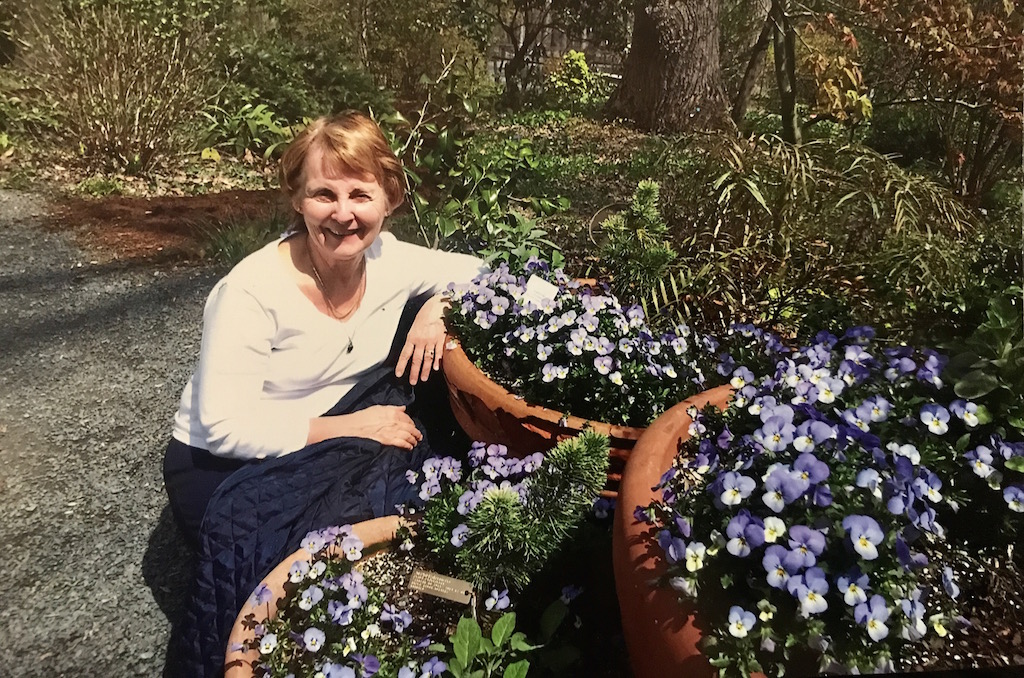 Barbara is living the best life she can as she continues to face an uphill climb. Although still working through the side effects of treatment and symptoms from her illness with her palliative care team, she says she is more self-assured in her decision making and feels empowered to say no to people when she needs time for herself.

While Laren remains a realist, he is constantly reminded by his children how far Barbara has come and that it’s okay to feel hopeful. He has become Barbara’s rock and spends his time standing by her side.

When the two feel despondent or frustrated, Dr. Skold and her palliative care team remind them to do what they can while they can. They encourage Barbara and Laren to set small goals, travel when they are feeling up to it, and do the things they love to do.

“Palliative care has given us a framework to live our lives as best we can. The team is part of our family now,” says Laren.

As the two weigh a new treatment option to slow the spread of the cancer, Laren and Barbara remain an unwavering team, ready to take on the next challenge. Looking back on her palliative care journey thus far, Barbara quotes a song from one of her favorite movies, Willy Wonka and the Chocolate Factory.

“If you want to view paradise, simply look around and view it. Anything you want to: do it!”

For more information on how you can receive palliative care, visit GetPalliativeCare.org.