Ever since 74-year-old Joyce Montgomery of Atlanta, Georgia was diagnosed with liposarcoma—a rare form of cancer that arises in the fat cells of soft tissue—she’s faced major decisions about her treatment. As her illness has progressed, she has also struggled with anxiety and physical symptoms from her disease and treatment. Through it all, Joyce has had one mission: to keep doing the things she loves for the people she loves.

This is Joyce’s Palliative Care Story.

In 2004, doctors discovered a tumor in Joyce’s abdomen which required surgery to remove. For the next six years, as new tumors grew, Joyce underwent a series of invasive surgeries. In 2011, when the tumors grew back again, Joyce’s surgeon feared that another operation would have a severe impact on her quality of life. He informed her that he did not recommend moving forward with surgery. For Joyce, who has always lived an active and busy life, this was hard news to take.

“I felt as if my surgeon was giving up on me, and it was really upsetting,” says Joyce. “He sent me back to my oncologist who saw the hurt, despair, and disgust in my face and said he wanted to try something else.”

Joyce’s oncologist recommended trying chemotherapy to shrink the tumors as an alternative to surgery. He also recognized that Joyce could benefit from emotional support to deal with her anxiety, as well as pain management to deal with physical symptoms that could come from chemotherapy. He recommended that she a palliative care team.

Palliative care (pronounced pal-lee-uh-tiv) is specialized medical care for people with serious illness. This type of care is focused on providing relief from the symptoms and stress of a serious illness. The goal is to improve quality of life for both the patient and the family. Palliative care is provided by a specially-trained team of doctors, nurses and other specialists who work together with a patient’s other doctors to provide an extra layer of support. It is appropriate at any age and at any stage in a serious illness, and it can be provided along with curative treatment.

Joyce was referred to the palliative care team at Kaiser Permanente in Atlanta. Every day, the team deals with patients with serious illnesses like cancer, heart disease, Alzheimer’s, Parkinson’s, and others. In their first palliative care meeting, Joyce and her family sat down with the full team, led by Doctor Anna Skold.

“It was just so apparent when we first met Joyce that she’s a joyful person, but we needed to find a way to put the joy back in here life,” says Doctor Skold.

Fostering open communication through the ups and downs of an illness is a big focus for palliative care teams. Through regular meetings, Joyce was given a voice to discuss her fears, frustrations, and hopes. She was also prescribed anti-anxiety medication.

“The social worker on our team often says that having a serious illness is like walking down the sidewalk carrying big heavy bags,” says Doctor Skold. “Sometimes you need the medicine to take one of the bags away and then by talking through your issues, you can can take another bag away. Eventually, you may still have light bags with you, but they become much easier to manage.”

Joyce compares her struggles with anxiety and depression to the movie The Wiz, a modern spin on The Wizard of Oz.

“The lion didn’t have any courage. I think that’s the way I was before coming to palliative care. Now I have the courage to take on challenges and can focus on today,” says Joyce.

Over time, Doctor Skold and her team saw the changes in Joyce’s attitude and mindset.

“I see Joyce and not her anxiety now. She was there when I met her, but the anxiety was clouding her life. Now, I don’t see an anxious human being when she walks in the door. She’s here. She’s present,” says Doctor Skold.

Joyce and her family worked with palliative care to get a full understanding of her illness and weigh treatment options. After considering all courses of action, Joyce decided to move forward with the chemotherapy recommendation. Following several rounds, the treatment began to shrink the size of her tumors, but the physical symptoms became very difficult to manage.

As a side effect, Joyce developed tinnitus which has caused a constant ringing noise in her ears. The treatment has also caused neuropathy—a type of nerve damage that can affect the hands, feet, and other parts of the body.

“I have numbness in the tips of my fingers,” says Joyce. “I never knew what an important role the fingers play in every day life. It now takes me forever to fasten buttons, to try to put earrings in, or just do little things that you take for granted.”

There are many ways palliative care specialists help patients with pain. One of them is making sure the proper pain medications are prescribed and changed when symptoms get better or worse. Another is communicating with patients to gain an understanding of when and how the pain is affecting them so that a plan can be created to support them. For Doctor Skold, managing pain is about getting people back to who they are.

“If we can fix pain and suddenly people are eating, sleeping, moving, and going back to doing the things they want to do, they are also going to be able to tolerate any treatment we’re going to offer them much better,” says Doctor Skold. 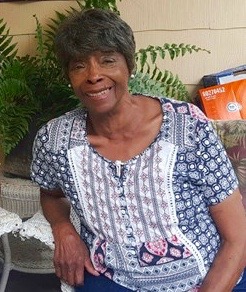 With her anxiety and pain under control, as well as with goals for the future, Joyce remains actively involved in her church, still travels when she can, and still makes time to teach music. She also spends time with her grandchildren and looks forward to family reunions. Palliative care continues to work with her to improve her quality of life.

“She tells us what she wants to do and where she wants to go and we work with her to get her there.” says Doctor Skold. “She’s always on the go.”

No matter what tomorrow brings for Joyce, she’s confident that she’ll be prepared and ready to deal with it.

“I get the opportunity to do the things I want do. I’m living for today and that’s all I can ask for,” says Joyce.