The Importance of Managing Pain When You Have a Serious Illness: What You Need To Think About 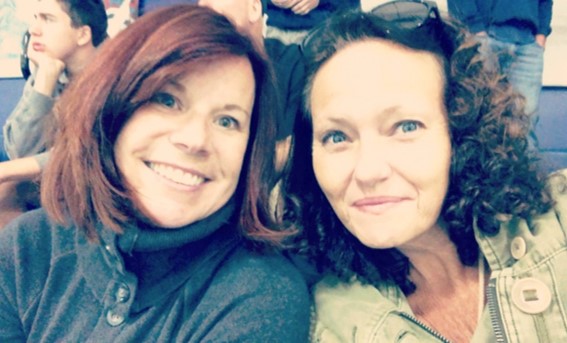 When you’re living with a serious illness, you may be experiencing physical pain. Treating that pain is crucial to your well-being and quality of life. Why? Managing pain not only makes you feel better, but it helps you to stay on the treatment plan for your illness. Pain makes recovering harder. END_OF_DOCUMENT_TOKEN_TO_BE_REPLACED

On good days, you can find Paul in his house intently focused on one of his woodworking projects. It’s hard work, but it’s a labor of love.

“I’m not the type to sit still. I’m at my happiest when I’m working with my hands and creating something new,” says Paul.

The fact that Paul is able to get up and do woodwork is something even he couldn’t have imagined five years ago when he was diagnosed with Ewing sarcoma—a rare cancerous tumor that grows in the bones or in the tissue around the bones. A tumor in his spine caused immense back pain, made worse by symptoms from chemotherapy, radiation, and several spinal surgeries. He couldn’t do even the smallest of tasks.

That’s when he was referred to palliative care. END_OF_DOCUMENT_TOKEN_TO_BE_REPLACED

When Kelly—a central New Jersey woman in her early 30s—is asked what brings her joy, she doesn’t have to think very hard.

“It’s definitely being with my young son. He’s my world. His smile lights up my life,” says Kelly.

Since she was 12 years old, Kelly has faced an array of medical issues. Over the years, she has dealt with lupus, mitochondrial disease, a clot in her lung and main vein to the heart, and autonomic neuropathy. These issues have caused additional heart and bladder problems, as well as gastropareses, which affects the normal movement of muscles in the stomach. Kelly had done her best to deal with the chronic pain for nearly half her life, but in 2016, the issues became unbearable, and even the smallest task became an issue. END_OF_DOCUMENT_TOKEN_TO_BE_REPLACED

Access the Provider Directory
Handout for Patients and Families
Is it Right for You?
Podcasts